To the EAST and To the WEST

Though we've had a long drought in posting updates, please be assured that besides a rare summer stomach flu (which managed to hit all 7 of us and may have been related to the salmonilla outbreak a few weeks ago) we have NOT dropped off the face of the earth, but have instead enjoyed a summer full of swimming, playing, Six Flags Great America-ing, visiting with friends and relatives, and traveling nearly coast to coast (via mini-van without DVD player).
Here are the brief stats of our summer adventures...
Total miles driven: 5546.38 miles
Number of hours in the car: 87 hours, 48 minutes
Number of states visited: 17 States + Ontario, Canada
Total $$ in parking tickets issued (all in NYC): $200 ($90 was refuted by the accused)
Approx. $$ spent on tolls (all East of the Mississippi....hmmm): $60
Number of family and friends visited: We lost track...over 100
Number of hours spent in swim suits: 40 (except for Cienna who spent more like 1000 hours in her swim suit because it was one of the obsessions that come as part of the "Nearly-2-Virus")

Favorite new rides at GA this summer: Brent: Superman; Amy: Raging Bull; Kenny: Raging Bull, front row; Diggy: Giant Drop; Kirsti: The Whizzer; Allison: Dorothy's Rosie Teacups; Cienna: Yogi's Yahoo River (aka Mini-Boats...as long as the song "Move it, Move It" was playing in the background)
And the pics...
To The EAST: In May, we explored several Eastern states en route to a fabulous LDS home-school conference in Virginia.
First Stop: Kirtland, Ohio. My little history buffs and I loved seeing and feeling the spirit of the early pioneers. 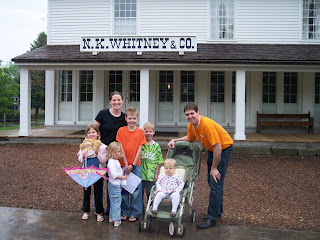 We LOVED Newel K. Whitney's store where Joseph and Emma Smith lived for a short time.
Second Stop: Niagra Falls, NY and (after walking across the connecting bridge) Canada. 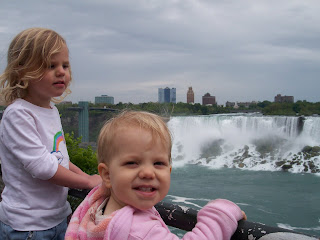 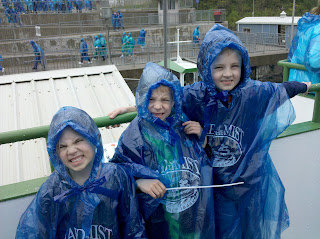 Brent took the older kids on the Maid of the Mist. 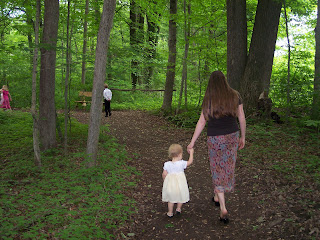 On a peaceful spring Sunday morning before church, we found beauty all around us...it filled our insides, too.

Our stroll through Central Park with Kirsten's namesake (my BYU roommate, Kirsten) was quite a contrast from the Sacred Grove...but yet another place to observe millions of God's Creations. Kenny even left his watch in Central Park overnight and it was STILL THERE the next morning! (But we would've traded the $200 in parking tickets for a stolen watch any day...except for the fact that a happy 9-year-old is priceless.) 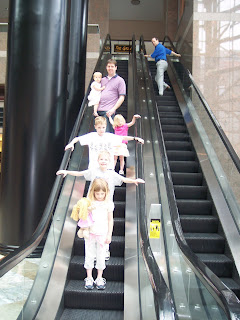 We visited the World Trade Center site and rode the ferry past the Statue of Liberty.

I wonder what the man going up the escalator is thinking...his expression is representative of the MANY looks we received upon arriving in the Big Apple...a big place with lots of LITTLE spaces, most of which a family of 7 with a BIG double stroller barely fit (like our hotel elevator where we had to fold the stroller up in order to close the door...and half the family had to wait for another elevator). 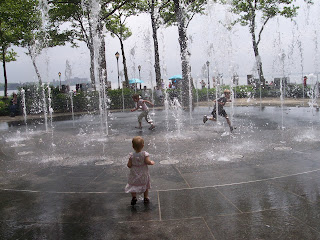 Whose children are running through the fountain in their clothes?? So many crazy things happen in NYC!

We rested. We played with second cousins. We ate ice cream. The girls played with doll houses. The boys caught a skunk. We all watched Adam carefully, and oh so bravely, release the skunk. 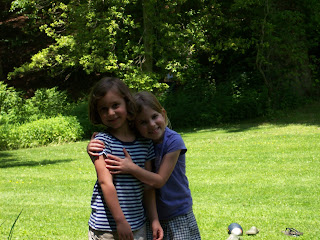 
By the time we made it to Washington, D.C. (which was the hottest day of the May trip), even the White House wasn't as exciting as the sprinklers that happened to come on as we were resting our sore feet and deciding which monumental attractions to skip because we just couldn't walk another site-seeing step. DC will have to be the first stop next time. :) 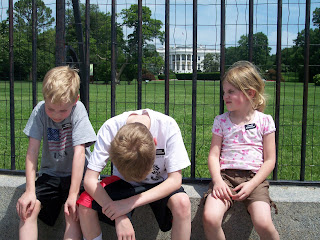 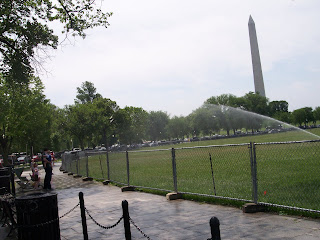 At the end of the East Coast Trip, we met Cody and Utahna Albright (who drove up to VA from Mississippi with their 3 kids) at the LDS home-school conference on the Southern Virginia Campus. Brent and Cody (childhood BFFs) played for 2 days with the 8 kids while Utahna and I attended classes all day and swapped notes into the night. 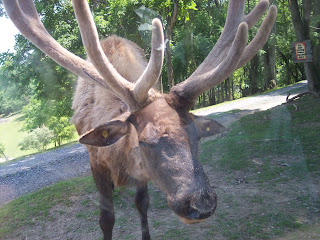 The men and the kids visited a drive-through safari, which seemed like a great opportunity for a family of animal lovers to get up-close and personal with a variety of beasts. But when the "wild" animals, who are conditioned to charge at every vehicle window in search of buckets full of food, started licking the windows, the great adventure turned into a living nightmare for the majority of the Smith kids. No wonder Cienna was VERY scared of Bugs Bunny at Great America a few weeks later.

After a 10-day trip and saying good-bye to dear friends...we drove straight home.


And to the WEST:


I have my mother to thank for the success of this trip. She accompanied me as the driver of the mini-van trek across I-80. Due to work constraints, Brent flew in for just a few days for his brother's wedding in Salt Lake City.

My Mom and I had a great time chatting, visiting several of her siblings along the way in Iowa and Colorado (who fed us and gave us warm beds to sleep in), listening to "Charlie and the Chocolate Factory," feeding the kids suckers (the only reason Allison and Cienna were counting down until "The Long Car Ride"), examining liscense plates, and tolerating the kids' discovery that truck drivers enjoy honking at children who excitedly pump their arms up and down up against their windows.

A Utah trip also means we get to visit with my brother, Brian, and his wife Ashley. And the kids get to play with cousin Kylie! 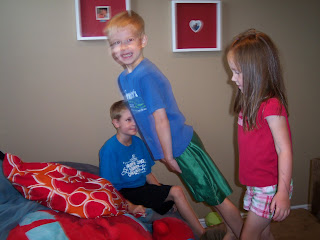 Kylie has the perfect huge bean bags in her basement for playing "Belly Flops."

Brent's brother, Kevin (and new wife Brigette), got married on Aug. 3 in the Salt Lake City, UT Temple. It was a privilege to witness their true love and happiness. Congrats to the newlweds! 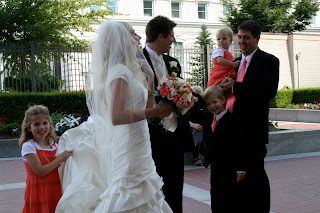 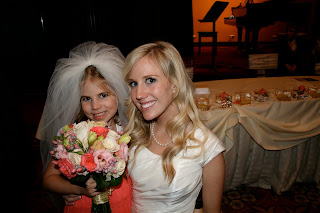 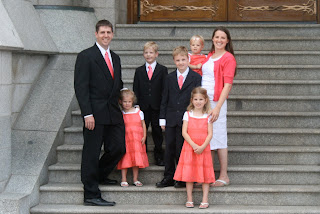 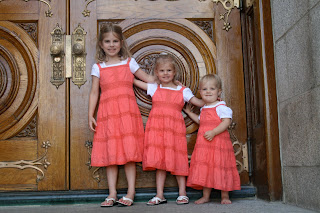 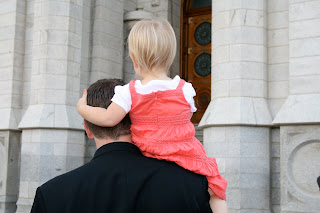 Cienna and her Daddy outside the Salt Lake Temple

A Thousand Thanks to all who housed us and fed us!!
Posted by Smith Moments at 8:18 PM

What a fun summer! One the kids will remember forever, I'm sure. And I love the look on the guy's face in NYC. So funny! Love you guys.
Erica

What a great summer you had! So, trips in the mini-van are possible!?! Not brave enough yet to try, but at least there is hope.

I came across your blog today while googling up ideas for our next trip. We’re heading to Utah in about 10 days for a wedding in Salt Lake City and reception in Logan. I see you visited Utah a while back. My wife and I travel hundreds of miles with our six kids every month and we post experiences and ideas from our trips on our family travel website - RadRoadTrips.com.

We used to live in Utah and have lots of fun activities for travel within the state. If you end up in Utah again for a family event, you may want to check out a Utah Travel Guide for Kids that we created (see link).