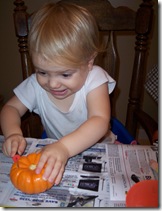 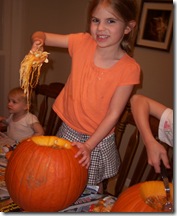 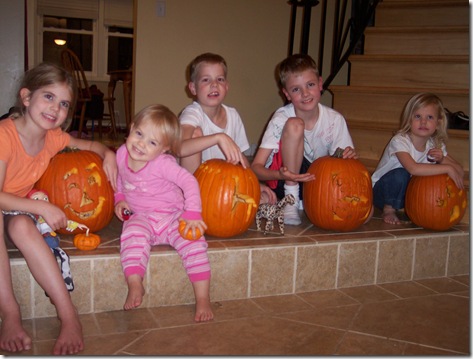 For kids who are frequently spotted (indoors and outdoors) dressed up in random costumes throughout the year, Halloween is just another day to pretend (with bonuses like pumpkin carving and candy). Deciding which costume to wear became a down-to-the-wire decision…and even changed based on various parties/events we attended. (I don’t even have pictures of all of them.)

Ken (I keep forgetting to call him Ken, but when he reads these, he reminds me): Had planned on being a football player for several weeks, but just a few days before parties started, he followed his heart and rehashed his favorite character, whom he plays so well, English accent and all. (He was a football player for a trunk-or-treat we attended Sat. night.) 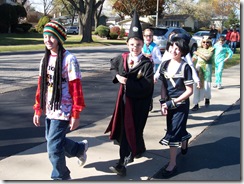 This is Ken in the school costume parade. As part-timers, the kids still get to enjoy perks like school parties. We live near such a GREAT public school!

Diggy: Last year when the whole family dressed as Harry Potter characters, Diggy was quoted saying with a deep sigh, “I can’t believe Kenny is going to be into something else next year.” He was relenting the thought of having to change side-kick roles…what could be better than being Ron?! BUT, this year, Diggy decided to be a ninja long before Ken started re-reading HP again a couple of weeks ago. And despite major pressure to be Ron in Hogwarts robes, Diggy also followed his heart and was Ron dressed in a Ninja suit. 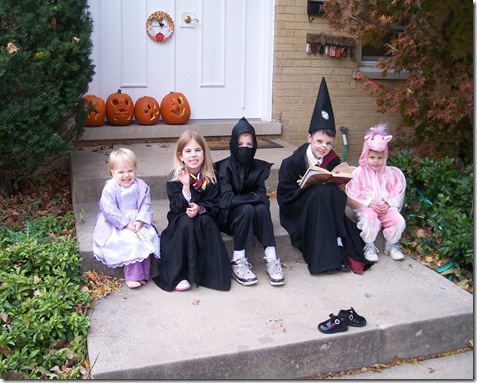 Kirsten: Had a cheer-leading costume ready when Ken was planning his football costume. And happily unleashed her Hermoine garb last-minute when she was needed as someone else. She dressed as an angel for the trunk-or-treat…very fitting.

Allison: Was a witch a few weeks ago until she discovered the Unicorn costume at the bottom of the box. She loved wearing this bright pink costume and was so excited to go trick-or-treating (during family council, the kids had voted against going out on Sunday, the 31st, but we still went to local businesses Friday night and to a city near my parents’ house named Zion (also very fitting), who held their trick-or-treating on Saturday afternoon) …but Allison was sick with a fever the whole weekend. : ( 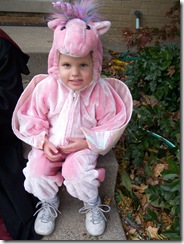 This is just before the fever started.

Cienna: For someone who is genuinely frightened by most costumes (she clung to me while we watched the kids’ school parade and kept repeating, “I not yike the wolf” for several hours afterwards), Cienna wanted nothing to do with dressing up (smart girl). She could choose from a ladybug, a bumblebee, Cheer Bear, a puppy dog, or her Hedwig suit from last year. But they all looked to much like, well, costumes…so “Nope” was the repeated answer. (And I wasn’t going to force her into a costume, because her memory is WAY too good for that…perhaps I’ll share examples another time.) Finally, in desperation as we were getting ready to go out, I grabbed a pretty church dress and wand…and she said, “YES! I’m a princess!” And she was adorable. 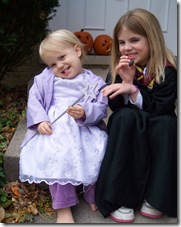 And finally…You Know You Are Home-schooled IF--- 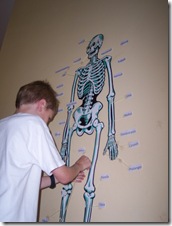 I love having family, fun, and education all wrapped up together…and the kids love it, too.

Posted by Smith Moments at 9:13 PM

So, so, so fun! I love the costumes changes/last minute decisions! Olivia was a cow-girl for the ward party, but then a picnic for Halloween day.