MaryAnn is nearly 2 weeks old. We all adore her dearly…and can’t stop holding her. She’s angelic. 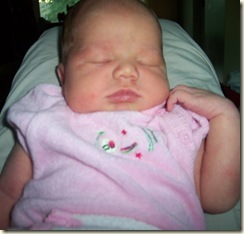 And even though I’ve been through this a few times and know what to expect, there’s an adjustment nonetheless…every time. Physically, I’m mostly normal again (except for another 20 lbs. to work on over the next several months…I think I’m going to take up yoga, because I already get a cardio workout trying to keep up around here and I don’t plan to jump on the trampoline any time soon.)

Logistically (which contributes to mentally and emotionally)…the adjustment will be on-going. After a relaxing week one, I confess that my nerves have been a bit sensitive during week two (since Brent went back to work and the calls for “Maa-umm” have resumed (at least 100/day…maybe even 1000…usually coming at a steady rate of 6/minute around meal-times or whenever I step into the bathroom). And sensitive nerves = more challenging motherhood. In other words, I get to learn to expand my patience…again. Should be exciting.

A BIG THANK YOU to so many friends and family who have (or will) help in any way as we continue adjusting. Your well-wishes have been very uplifting. Many have brought food, allowing for a much needed delay in resuming full kitchen duty (which, with 8 mouths to feed, is an avg. 5 hr/day job…I guess more now if you count nursing a baby…my cortisol level is rising just thinking about it…another good reason for yoga.) We appreciate friends near and far so much!!

But despite a slightly more stressed mother…we are happy and healthy and are amazed (yet again) at how we just can’t imagine life without our new little one. A little extra adjustment is worth the bundle of joy!!

And I have to share a few photos of my favorite helpers this last week. They have taken the role of “responsible family member” seriously (for several months now) and have been rather happy (and much needed) helpers…I’m quite proud of them! 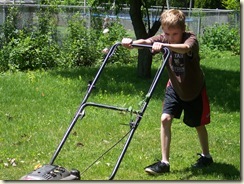 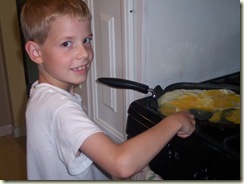 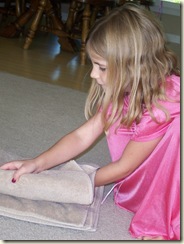 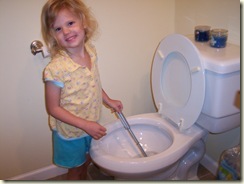 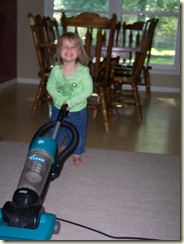 And because they are such great helpers…they apparently feel adjusted enough to ask, (knowing little MaryAnn will grow up so soon), “When are we going to have another baby?!” Our answer is the same as it has always been…“We’ll have to think about that…for quite a while.”

I'm only at three boys and I'm maxed. You are champ for managing six. I do often ask myself when the children need the most when I'm trying to pee, shower or make dinner. Congratulations. They are all beautiful children.

I love these pictures! can't wait to see you all again soon!