Listening to a Prophet's Voice...LIVE

Because we are active in the Mormon church, there are a few uper-duper exciting birthdays in our household. The first is birth (obviously)...that's a big celebration that includes a special blessing for our little ones. Then as the years roll by (and brains mature *winkwink*) a few other birthdays bring significant celebrations as well because they each represent a new opportunity for our child to choose to make covenants with God...and receive more of His peace in return:
Anyways...Kenny, our oldest, turned 12 a few weeks ago...and it just feels like he's been catapulted into the rest of his life...or at least the final six years he'll enjoy under our roof.

To celebrate this big milestone in Kenny's life and to inspire him along this great path we call life, Brent and Kenny planned a special trip to Utah this last weekend to attend our church's worldwide General Conference  live. 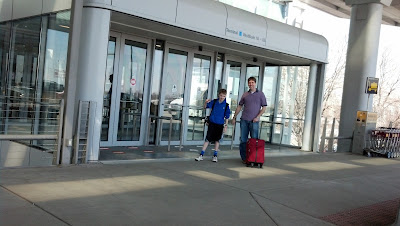 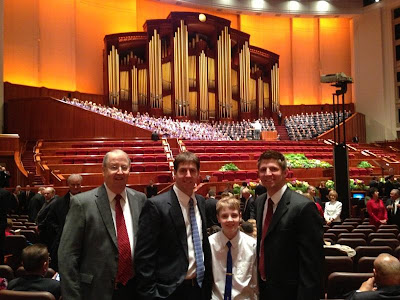 Feeling the respectful pin-drop silence in the gigantic, crowded auditorium when the Prophet, President Thomas S. Monson, entered is something he'll never forget. Standing to sing alongside 20,000 other deep, booming Priesthood-holder voices made his eyes well up. Hearing modern-day prophets and apostles in person as they delivered inspiring messages to the world is something we hope he holds in his heart for a very long time. (Their words have lifted my soul so many many times throughout my life.) 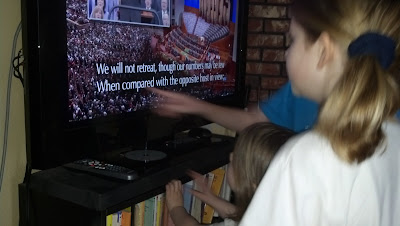 While watching from home, we were entertained with attempts to spy them in the 15th row. Enthusiastic shouts of "That's them!" and "Where?! I don't see them!" filled the room on numerous occasions.

The following several pics were taken from Kenny's phone (many of which demonstrate his eye for architecture--a subject he'd like to pursue as an adult...whenever he's on break from singing with the MoTab that is): 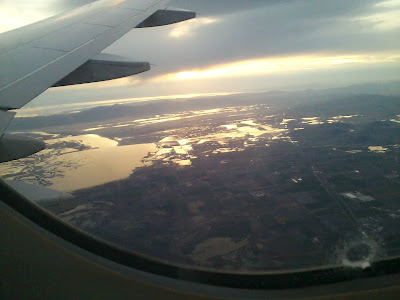 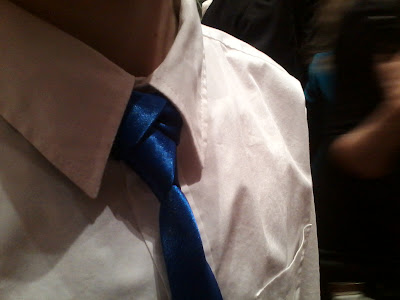 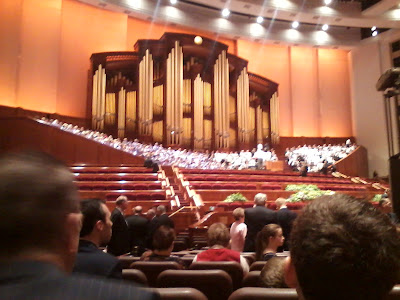 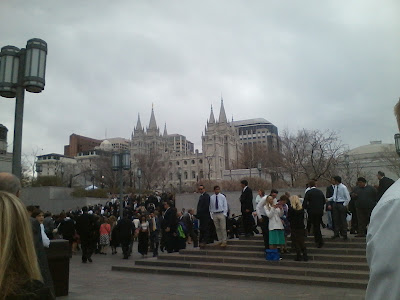 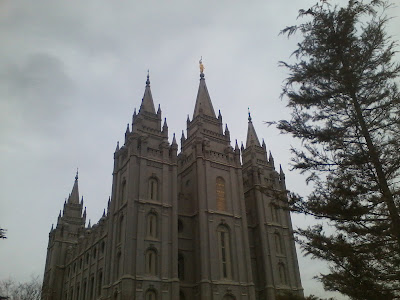 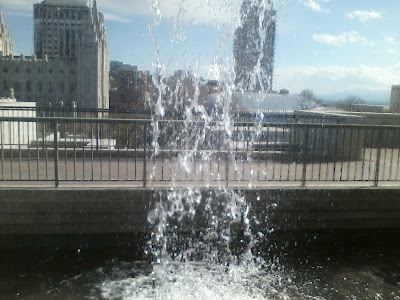 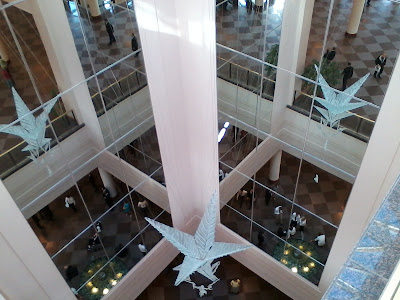 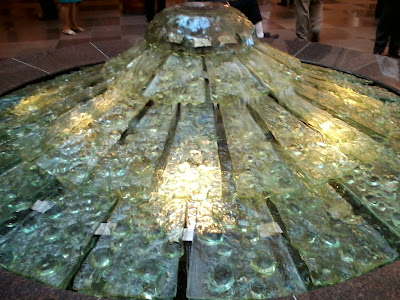 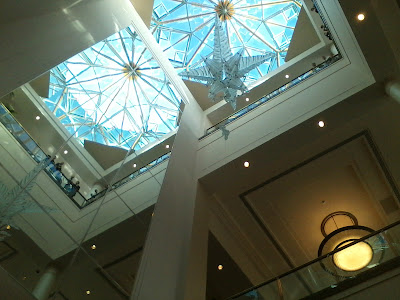 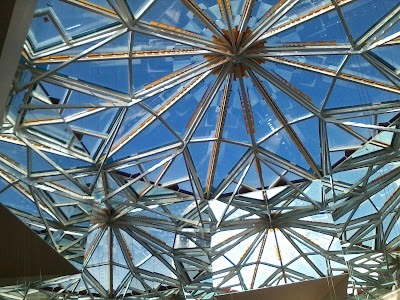 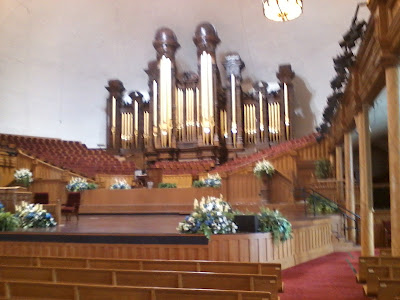 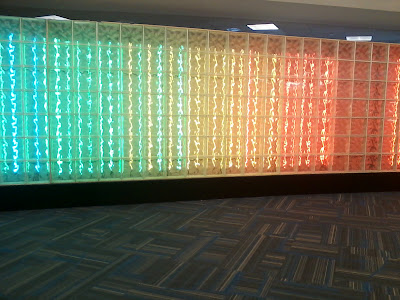 Enjoying awesome extended relative time was a huge bonus to this very memorable weekend as well. 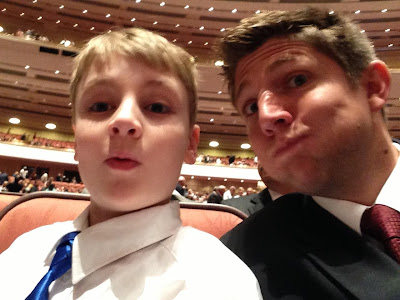 Uncle Kevin (pictured above) owns a busing company called 'The Ryde' that commutes BYU students to campus. He gave Kenny a Ryde and let him take over the driver's seat...smart man. 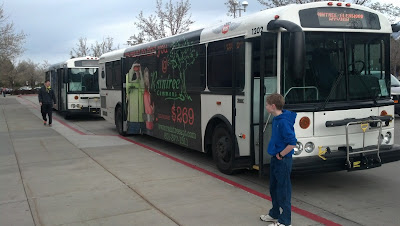 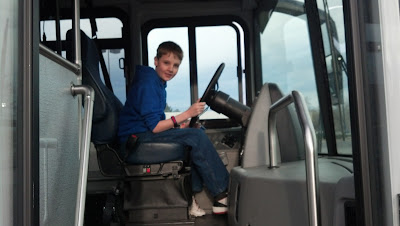 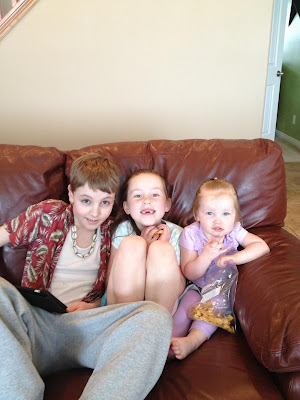 Kenny loved spending one night with cousins Kylie and Madison (and their parents, too)!

In the end, I honestly can't imagine life in our family without preparing for, making, and keeping sacred covenants with God as part of our daily goals. It gives us such strength, peace and purpose.

Here are a few nostalgic pics: 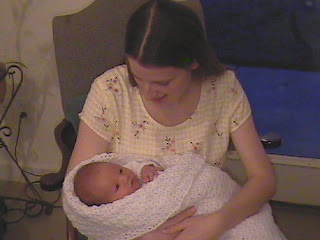 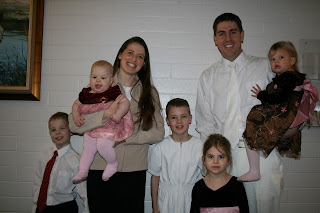 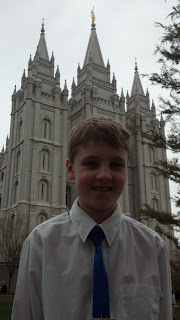 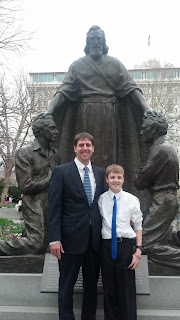 Kenny standing outside the Salt Lake Temple on the day he headed into the Conference Center to enjoy his first ever Priesthood session of General Conference.

And we won't want to forget that Kenny met President Obama thanks to the frequent-flyer-mile redemption that routed them from IL to UT via DC of all places. 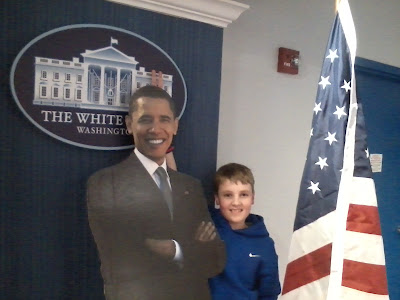