Many years ago…after the honeymoon was over, Brent’s job was on a role (but very stressful), and 3 little ones were squealing between my legs while I tried to keep dinner from burning…Brent and I asked each other night after night, “WHAT do we want to do with our lives—besides THIS?! (ie. bring home the bacon and cook it)”

And so our conversations about family goals, education, service, and happiness started mixing together. We dreamed up where we wanted to be in 5 or 20 or 50 years and what day-to-day living (and sacrificing) needed to be like in order to get there. I’ll spare all the details for now, but one of our lofty dreams—to take our children to a foreign country for a service trip—bloomed last week…

Brent took Kenny and Diggy to Mexico for 3 days to assist Dr. Lofgran (one of Brent’s best friends) and his associates (including his two young Lofgran boys). They tested and fitted 243 people for glasses in Caborca.

The experience was everything we hoped it would be.

The kids collected used glasses from the local elementary school and from friends/ family before the trip.  They were giddy as they packed their week’s needs into a backpack and tried to retire to bed early because their plane left before the sun rose the next morning. They visited with Nana and Papa and the Arizona gang in route to the border. 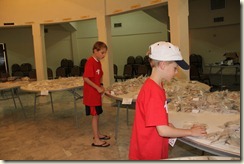 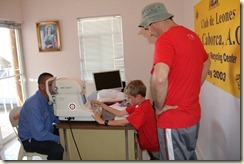 Once there, the work began. For two days, they hustled around from 8-5 sorting glasses, testing eyes, and entertaining the young children. (Remember the rubber band bracelet fad from about 2 years ago?? We Smiths collected waaaayyy too many of those, so the boys brought them along to give away to kids they met…it was a huge hit!) Challenges like 100 degree weather and the Mexican late-lunch schedule (one day lunch came at 5 pm) threatened to slow them down, but they persevered and say they would go back and do it again in a heart-beat. 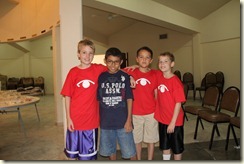 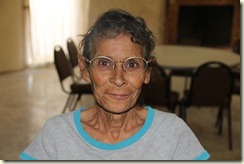 I think my favorite story was about the 80-ish year-old woman pictured above. She received her first-ever pair of glasses last week. And when Brent helped her put them on, her face lit up and she said, [English translation] “You are so handsome! I couldn’t see you before, but now I CAN and you are so handsome!” 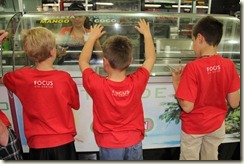 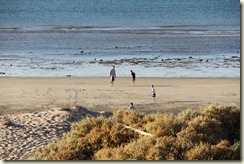 Benefits went beyond the chance to work and serve in another country.  When the work was through, Mexican ice cream (which really IS to die for!) was devoured and the beach was conquered.  They watched the sun rise over the horizon, collected shells along the shore, and said hello to the dolphins playing in the distance.

My Boys were immersed in a totally different culture for three days and came away with a greater appreciation for service, friendship, life, and love. Thank you, Adam, for inviting them along. (And Thank You, Megan, for supporting your husband in that noble cause while 8 1/2 months pregnant—good luck these next few weeks!!) If the opportunity comes around again…COUNT US IN (the girls are anxiously awaiting their turn…including me)!!

While the Boys were away, the Girls hearts grew fonder for them. (And my heart felt tickled that they were off braving the challenges of a new land and learning a deeper meaning of service.)

To pass the time, we had some serious Girl-bonding time. We strolled through fall leaves, watched Mary Poppins, had a princess card-making party with Auntie Karen, and had a slumber party every night (wearing our pink nightgowns of course). 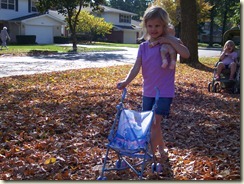 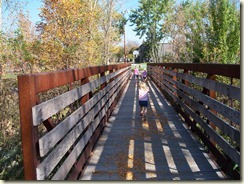 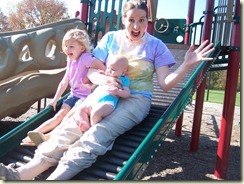 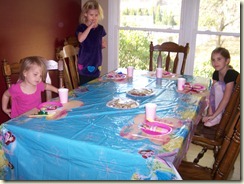 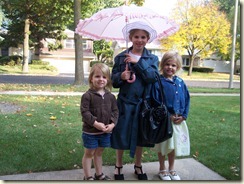 And we were so excited about the sea-shell necklaces and beautiful fans that accompanied our inspiring young men on their journey home.

Que bueno! What an amazing experience for Brent, Kenny and Diggy! Thanks for sharing their experience and yours back home!

Amy, I just have to tell you how much I enjoy reading your blog and how much I SMILE when I read it:) You have the most precious little family and I love, love reading about your fun experiences together. I hope someday we can have a "King" reunion. Wouldn't that be fun! (Even though no one with the King name would be there - weird, huh?)