Self-Discipline Education: Blaze Your Own Trail

Compared to the super long posts about educating our Attachment (ages 0-3), Following (ages 1-8), and Accountability (ages 7-12) kids, I have (a little) less to say about educating our Self-discipline Stagers (ages 11-18)...partly because we only have one child this far along on life's journey (Kenny, age 12). But mostly because the whole point of the Self-discipline Stage is to give our children room to test being in charge of themselves...which means I have much less to do with their educational schedule now. It moves to their hands.
While in the early stages, learners depend very much on the people around them for educational success because that's how the human brain is wired. The Self-Discipline Stage is a bridge into a whole new ball-game. By the upcoming Independence Stage, I expect my kids to recognize, seek out, set, and accomplish personal educational goals pretty much all on their own because they'll have a much more mature prefrontal cortex by then (which will increase their ability to think and act for themselves). I'll just be the cheer leader then. So the Self-Discipline Stage must bridge the gap between accountability to Mom and Dad and independence from Mom and Dad.
To accomplish this in our house, we've decided to continue mentoring and guiding our children toward worthy goals (obviously), but we also must find ways to truly let them be self-motivated in managing their time (without mom and dad hangin' on to their coattails as they try to make their way in this world a bit more on their own). We must ultimately let them lead the way in accomplishing their goals alone (in other words no nagging, prodding, manipulating, making up consequences, etc....that's way easier said than done, but I'm getting better).
Here are a few of our current parental strategies for educating our children during the Self-discipline stage:
Kenny's Week
I know that regardless of whether Kenny gets his education at home, online, or at a school, he will gain the most self-worth if he takes control of his own education (deciding what to take and how much effort to put in) while I take the back seat job of moral supporter as opposed to driver.
We have an excellent, top-rated middle school in the community. After talking with yet another awesome principal who recommended Kenny pick which 6th grade classes he would like to take, Kenny decided to enroll in PE, Chinese, math (he qualified for high honors), science, and creative arts as well as band (saxophone) and orchestra (cello). He is gone every day from about 7 am until 12:30, which includes eating lunch at school. He has choir, scouts, orchestra, musical rehearsals, and sometimes soccer in the evenings.
Because he did 7th grade level grammar with me at home last year and it's not his favorite subject, he's taking the year off in that subject.
During his few hours at home in the afternoons, he reads a lot, does some free writing, is supposed to practice instruments, and still enjoys doing history with us. (And he's pretty good at squeezing in a good 30-60 minutes of video-game playing on the tablet...Minecraft is a current favorite.)
He gets himself up, showers, packs his own lunch, and stays on top of his homework each day without any prodding or pushing or checking or even much helping from us.
He's a straight-A student (all from the public school...I don't give official grades here at home). His teachers have good things to say about having him in class.
Socially...he's happy and confident. He comes home chatting about various teachers and kids. Though middle school can be an awkward time for most, Kenny is navigating the process of finding good friends with much more maturity than was possible during elementary years. He does lots of texting. Past social challenges have decreased...in fact, I would say that his social sensitivity is mostly a strength now instead of a weakness.
Pardon me for all that braggin'. But Kenny really is a good kid. Of course he's a normal pre-teen in so many ways as well...but that's part of who is he right now and I only have a few years to appreciate that part about him, too. So, I like Kenny just how he is.
All in all...I honestly feel that giving Kenny (and our future self-discipline kids) so much lovely time to freely explore in the safety of our family world during his younger years while his brain was still adding crucial connections filled his soul up with security and confidence and has better prepared him to go out into the world to be his own person that can choose wisely for himself amidst all the to and fro peer pressures of middle school. 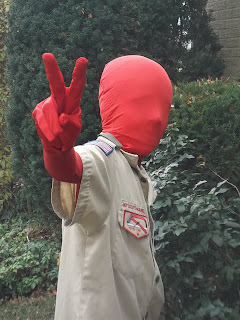 <middle school is just one big morph zone>
Posted by Amy at 8:55 AM

The legal scenario has only considerably reduced the variety of out there payment methods. Even at that, there are still choices that players can use to get their funds across. Prepaid vouchers from local services are a preferred possibility, however one of the confirmed dependable methods is direct financial institution transfer. The on-line casino offers players with 코인카지노 their account at one of the local banking establishments in the country, and players can easily go to the counter of their chosen financial institution and deposit funds to the given account.